“Some high schools require all students to wear school uniform. Other high school permit students to decide what to wear to school. Discuss both points of view and give your own opinion.”

School uniform is often believed tobe the necessary element of educational process. However, there are those who believe that students are eligible tochoose what to wear. This essay supports the former point of view because the ordered dress code provides a correct learning environment. Firstly, this essay will discuss probable infringement of student’s individuality, caused by uniform wearing, and secondly, it will analyse the improvement of academic performance due to mandatory uniform policy.

On the one hand, the opponents of traditional school clothes base their opinion on the assumption that school uniform wearing prevents children from developing independence and self expression. In other words, students are limited in their choice and have less motivation for study. However, it is clear that arts and music are known to be important factors of personality formation and not clothes. For example, having conducteda research among school children, scientists have revealed that the students who visit museum once a month have an open-minded thinkingregardless of uniform wearing.

On the other hand, proponents of school dress code appeal to the fact that this standard ensures success in study. To put it differently, not only does school uniform improve the quality and result of education, but it also maintains discipline. As a result, children are encouraged to focus on their studies rather than their clothes. For instance, according to the latest press publications, dress code at schools helps students to achieve better results in education.

In conclusion, taking into account all written above, I am firmly convinced that on no account should the school uniform wearing be ignored. This is due to the fact that traditional school wear has a positive effect on school performance and children behaviour equally.

It is sometimes argued that mandatory school uniform policies are welcomed in high schools. However, there are those who believe that schoolers should have the right of choice about clothes they wear. This essay supports the latter view because compulsory uniforms infringe upon student’s rights to express their individuality. Firstly, this essay will discuss the assumed influence of adopted uniform policies on socioeconomic disparities reduction, and secondly, will analyze the consequences of forced school uniforms on students.

On the one hand, proponents of school uniforms base their opinion on assumption that uniforms cultivate social equality. As a result, considerable number of students that cannot afford to purchase trendy clothes or dress differently due to the cultural issues tend to feel insecure and might even experience bullying from their classmates. However, the uniform is not the primary contributor to social unity. For instance, it has been revealed that feeling of belonging units more.

On the other hand, opponents of compulsory school uniforms appeal to the fact that common way of dressing negate the rights of an individual. To put it differently, uniforms limit the means of self-expression. This is because students do not have an opportunity to use their imagination for clothes, chose comfortable attire or dress appropriately to the child’s religion. As a result, huge percentage of children feel unsatisfied or even irritated with the uniforms they are required to wear. It has been revealed that students that feel uncomfortable in uniforms tend to have decline in academic achievements.

In conclusion, taking into consideration all stated above, I am firmly convinced that high schools should give the right of choice to students on what to wear. This is due to the fact that mandatory uniforms have more negative limiting effect than positive on children’s well being. 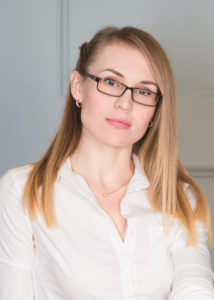